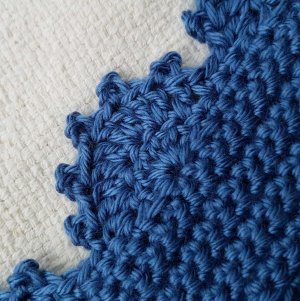 Ah picots, very possibly the most feared and hated stitch in crochet.  Personally I avoided the picot stitch for a very long time. When I would look at stitch dictionaries I would skip over any stitch patterns that contained picots. Or if I used those stitch patterns, I would eliminate the picots. 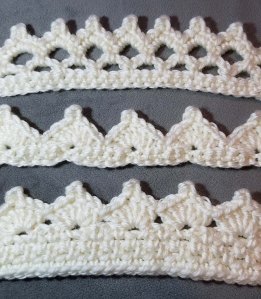 In the past I had primarily seen picots used as a decorative element for edgings or borders. These tiny stitches can turn a plain shell stitch into a lavish embellishment, or make “points” have sharper definition. 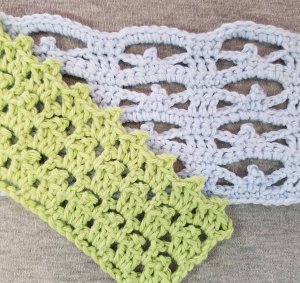 In many of the Japanese stitch dictionaries I own there are stitch patterns where the picot is used as part of the overall fabric not just on the edge. I found this an exciting new way of looking at the picot.

In my designs I’ve kept with using the picot as an edging embellishment. I used the picot in my “Shells on the Aegean Neck Cozy” to embellish the button hole. The picot directions in that pattern tell you to: “Chain 3, slip stitch in top of previous stitch”. The previous stitch I’m referring to is the stitch made before the “chain 3”.

One of the biggest difficulties I had with picots is that I like to work with a larger hook than usual for the size yarn. I especially like to do that when crocheting garments or wraps. Picot stitches tend to work better with a firmer fabric though, so if you want to add them to your project you need to keep that in mind. 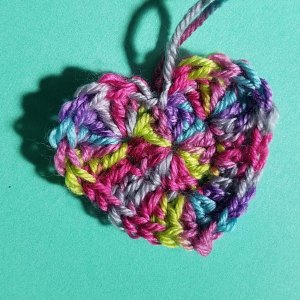 My little heart “Crocheted Love” uses a modified picot to create the point at the bottom of the heart. I only have you chain 1, instead of the usual 3, before anchoring into the previous stitch. You could try making the heart with more chains in the picot for the bottom point and see how you like it.

There are some yarns that are a little trickier to get good picots from. Highly textured yarns or extremely limp yarns with fibers like rayon or alpaca in them are the most difficult. It is possible to do a picot with these yarns, the resulting stitch will just be a bit different from the traditional picot. I recommend using a smaller hook to help give the picot more structure.

How do you work the picot?

The problem many folks run into is the picot distorting their stitches. When the picot is anchored to a single strand, it tends to pull and distort the stitch it is worked into. This is solved by catching 2 strands when anchoring the picot stitch. 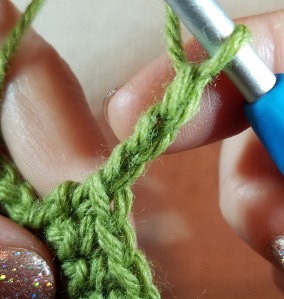 Picots are started with a short chain, usually 3 chain stitches.  I have occasionally seen picots made with 5 chains, I tend to prefer the look of the 3 chains. 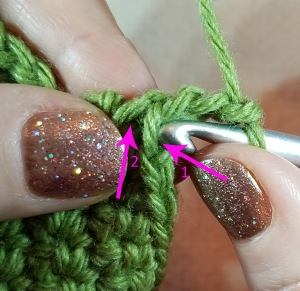 When anchoring the picot on the previous stitch, you next insert your hook into the top of the stitch under the front loop (1) and then under the side loop of that same stitch (2).

It is important to be sure to capture 2 strands of yarn with the slip stitch that anchors your picot. Whether that is working into a regular crochet stitch or… 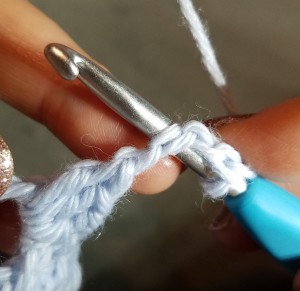 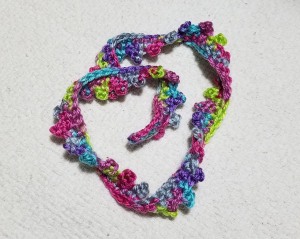 Practice you picot stitches on a long strip of single crochets, work a second row of single crochets and place a picot every other stitch. I make strips like these to practice stitches and try out new yarns. Even if they don’t come out perfect, they make great ties for gift bags or embellishments for greeting cards. 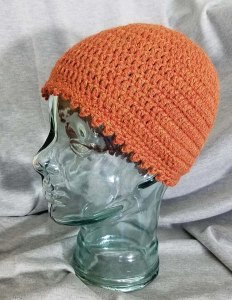 For another practice project, try making my “Simple Double Crochet Hat” but on the last round of the brim single crochets work a picot after each odd numbered sc.

You’ll find after some practice that you won’t have to fear the picot anymore.

6 thoughts on “Don’t Fear the Picot”

Leave a Reply to Isn't She Crafty Cancel reply