I had planned to get an earlier start on Halloween costumes this year, but once again it was a mad scramble to complete them. 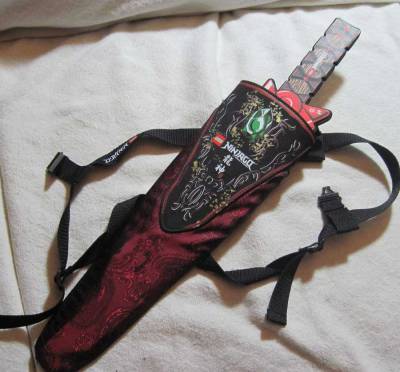 My youngest had decided he wanted to be Kai from the Lego Ninjago series. I purchased a long sleeve red T-shirt for him from Target.  He had his ninja sword and head-band that he got at Lego Land when we were in California for Spring Break last march. So we were half-way there.

I had hoped to make some red pants and a Gee style jacket for him from some red micro-fleece I had on hand (Kai is always dressed in red in the show). I took his measurements yesterday, but being a bit rushed when designing the sewing pattern for his jacket I left it a tad small. The body fit him okay but the sleeves were super snug, no way a T-shirt was going under there. 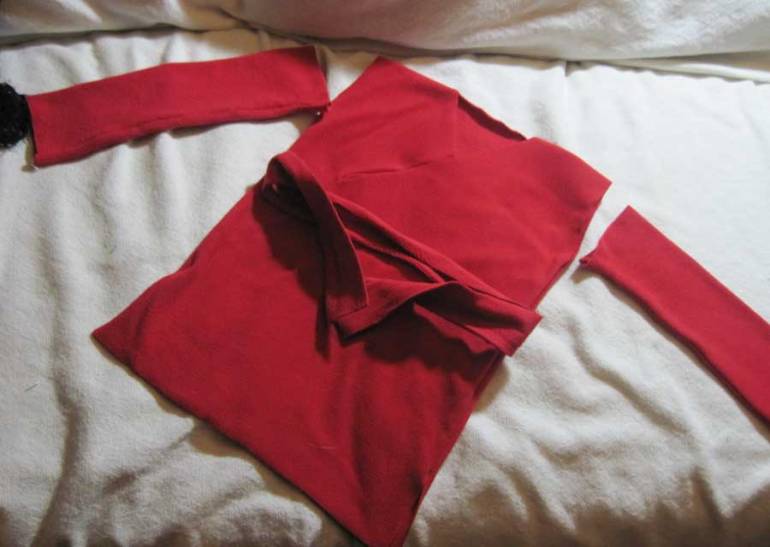 Solution? Cut the sleeves off the jacket, which also was more of a “faux” jacket that pulled over his head. Belt was easy enough to make, just cut a length of  mirco-fleece.

Whoops, what about pants? 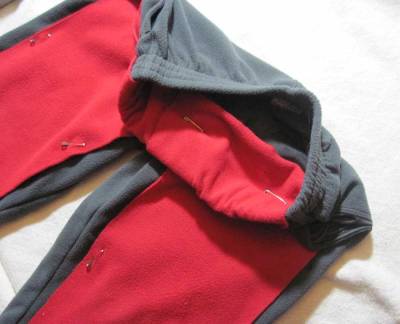 He had wanted to have boxy pants so he would look like a Lego “people”. So instead of having red pants I cut out 2 long strips of red micro-fleece and pinned them to some dark gray pants.  So glad that I have lots of small safety pins on hand. 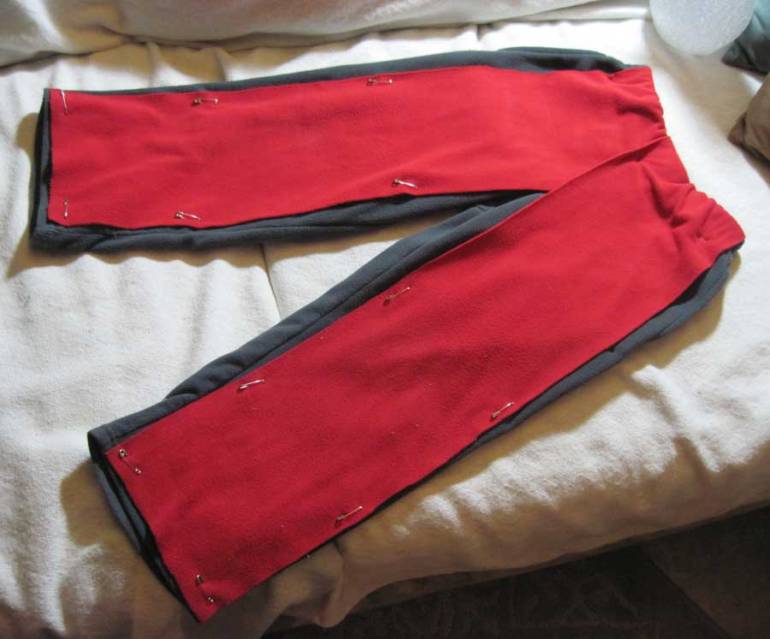 At first he wasn’t too sure about this short-cut, but after we got him dressed in his costume he was very happy. 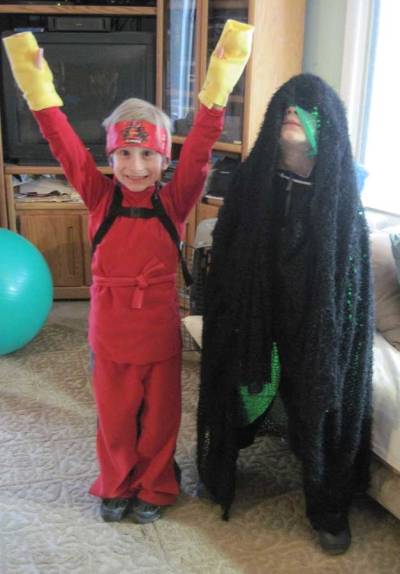 Soon I will have more details about the cape costume I made for my oldest. Fortunately J was very happy with it, though ended up not wearing it the whole evening as it was a bit heavy. That is 2 yards of the black fabric you see in the photo above.

Some pretty colors of Brava yarn from @wecrochetofficial for my newest project that will be part of the #2021stitchandhustlebloghop.